Rosemary works from her studios in Suffolk and in Le Marche, Italy, using clay to produce an original model that is thoroughly distinctive in its strong impressionistic lines. From this piece a mould is taken allowing the production of a limited edition of bronze resin and foundry bronze casts, the latter employing the lost wax method. Dogs feature strongly in her work; her familiar sculptures never fail to capture the immediate spark of liveliness and individual character of her subject.

Rosemary Cook worked for many years as a conservator and restorer of the decorative arts, but it was during her time at Chichester College that she developed her abiding love for sculpting and clay. Her experience with materials and technique acquired as a restorer of sculpture at the Royal Academy led on to her future career and success as a professional sculptor. Her figures take her in a different direction- they are not of specific people, but evocations of solitary and tranquil moods which lead into a sense of timelessness. Since 1992 she has exhibited both in one man exhibitions and shows regularly with a selection of British galleries and in America.

Rosemary was made an associate member of The Society of Women artists in March 2009 and a full member in May 2010.

Rosemary's work is in private collections in Europe, The Antipodes and America. Public work include 'Boy Reading' for The Early Learning Centre, 'Looking Out to Sea' and 'Down Stream' for The Nelson Hotel, Norwich. 'Every dog', Battersea Dog's Home, 'Charlie and Ball' for the American animal charity, S.P.C.A, New York State. 'Ben and Bodger' for the Kennel Club

When the clay model has been completed a mould is taken using silicone rubber, supported by rigid glass fibre jacket. Powdered bronze, bound with resin, is poured directly into the mould, producing a cast with subtle but lively surface, responsive to both patination and weathering. Since no 'chasing back' is required, every mark the sculptor has made in the modelling is retained. The result is an uninhibited and expressive piece, Capturing all the immediacy of wet clay.

Many of the sculptures will be shown to their best advantage in a garden and will withstand all weathers. Indeed rain and sun often enrich the patination, with no harm to the structure. 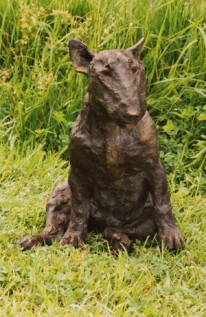 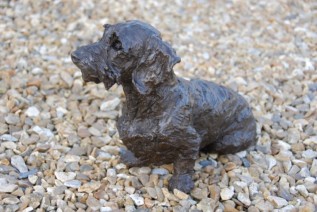 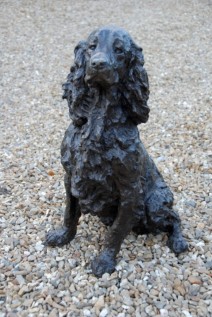 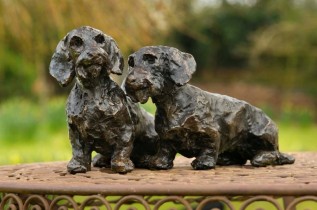 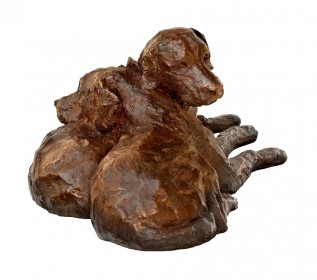 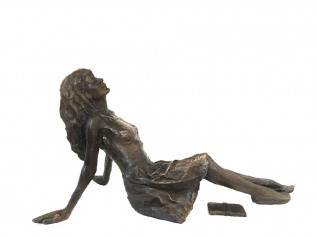 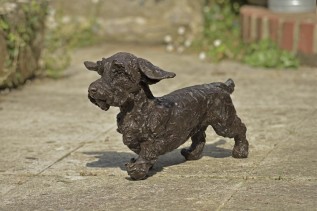 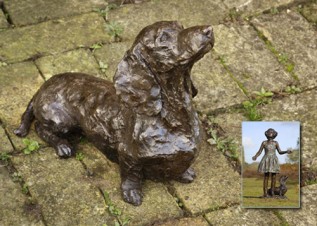 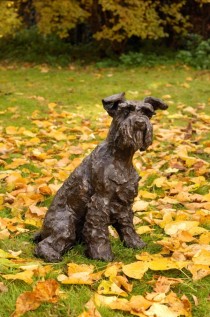