Dee explores themes of living in the countryside, and activities she enjoys such as sewing, hanging out the washing, cycling being out and about or alone pondering life.

In some ways her work is less about life as she sees it but a mirrored reflection to it. Obviously her experiences in fashion and textiles plays a part as do her memories of Norfolk, and the constantly changing landscape.

Dee was born in South Norfolk in 1957. From quite an early age she found excitement challenge and escapism in making and looking at art and images and in other artists. Inspired by a love of fashion and at the time horses, influenced by among others, Munnings, Hockney to Jackie magazine she soon decided she really wanted to be an artist. With a few set backs but much help and encouragement from many people, learning along the way she now works as a full time painter.

She tends to use acrylics and pastel but does hope to continue decorating ceramics at some point and develop printmaking, probably lino cuts.

1981 Sponsored to exhibit at the Assembly Rooms, Norwich

1982 Second exhibition at the Assembly Rooms.

1987 Joined Norwich branch of Liberty retail, first in dress fabrics then fashion and menswear. Won a company design competition and had a dress made and sold in branches.

Developed an interest in textile history and design.

1998 to present day has had many solo exhibitions in East Anglia.

Regular exhibition at the Southwold Gallery

As The Sun Sets 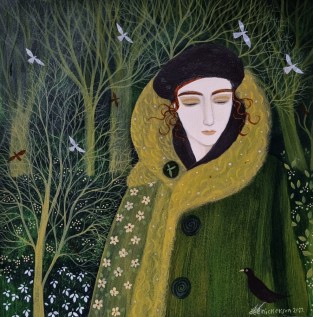 By The Cherry Tree 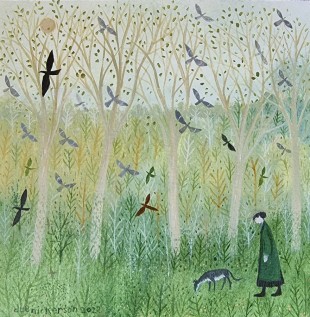 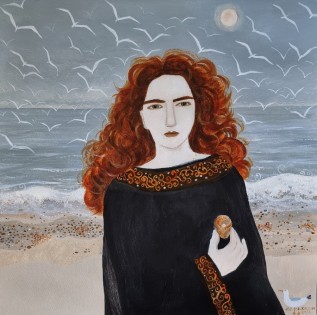 Girl with Gulls and a stone 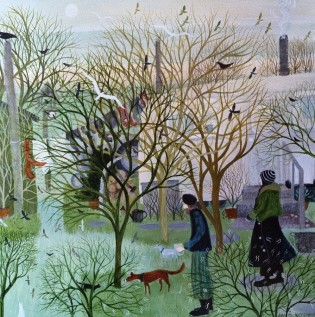 Living by the Sea 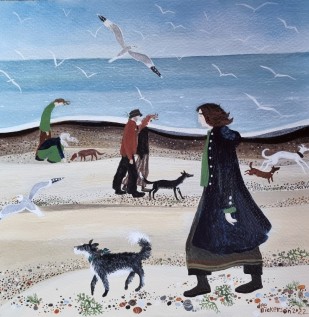 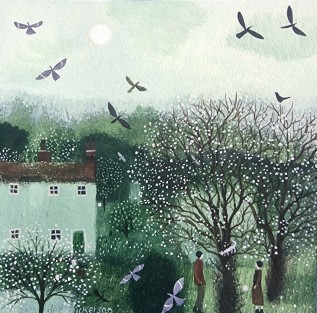 The Path by the Pond 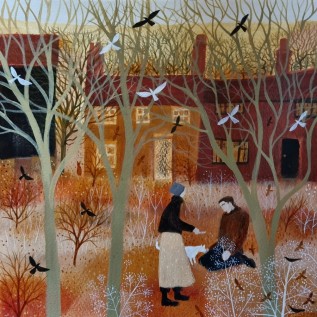 Two Ducks on the Pond 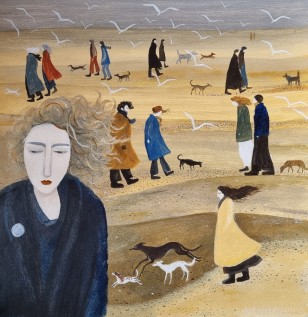 When the Tide is out